The head of AMD showed a 6-nm Rembrandt chip 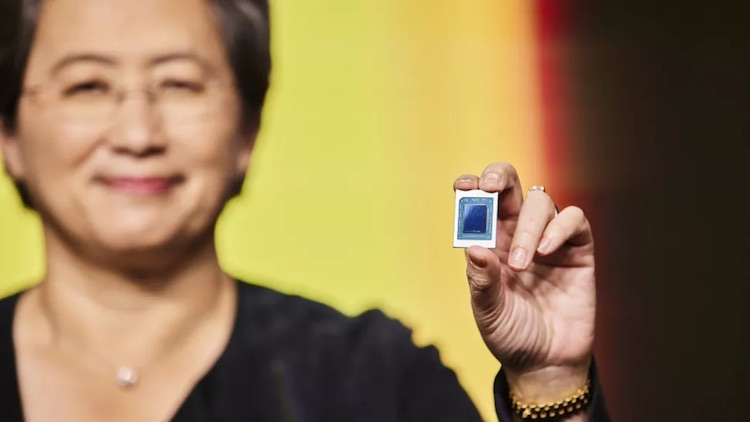 AMD President and CEO Lisa Su posted a tweet with an image of a chip that appears to be the upcoming 6nm Ryzen 6000 Series mobile processor (Rembrandt). Today AMD is due to officially unveil the processor at the CES 2022 technology exhibition.

Lisa Su will share details about upcoming processors at the event.

Earlier, leaks with the specifications of Rembrandt chips have already appeared on the network. It is assumed that they will have up to eight Zen 3 cores and 16 MB of third-level cache memory. Processors will be produced according to the norms of the 6-nm TSMC process technology.

It is also expected that AMD will abandon the use of the outdated Vega graphics architecture in favor of modern RDNA 2. Probably, the new integrated graphics chip will include up to 768 stream processors, which is 50% more than the integrated GPU generation Vega.

Rembrandt chips will have support for DDR5 and LPDDR5 RAM, as well as improved connectivity, offering up to 20 PCIe 4.0 lines and two USB 4 ports providing data transfer speeds of up to 40 Gbps.

Earlier, AMD Technical director Mark Papermaster confirmed that the company will talk about the new Zen 4 architecture at its press conference at CES 2022. However, the focus will be on Zen 3 architecture updates related to 3D V-Cache. AMD also introduces the new Ryzen 6000 series for laptops. The company is also expected to release Zen3 desktop processors with 3D V-Cache technology and the high-performance Threadripper PRO 5000 series for desktop PCs. Earlier, the leak confirmed the exact release date of the next generation AMD Threadripper - March 8, 2022. Its specifications were also published online.