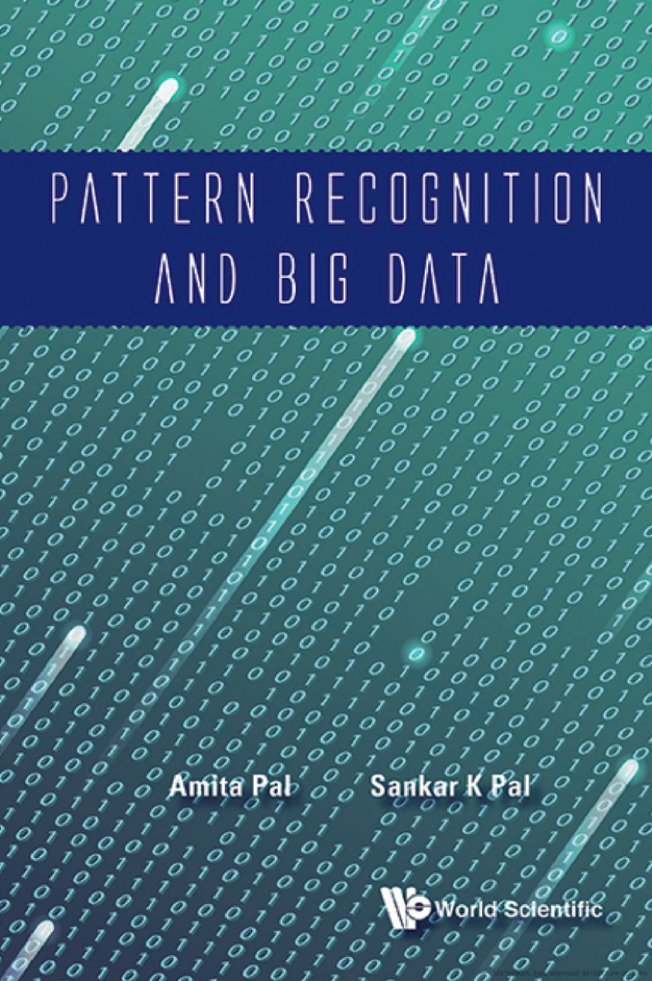 The ability to identify patterns is an essential component of sensory intelli- gent machines. Pattern recognition is therefore an indispensible component of the so-called "Intelligent Control Systems‚" which involve processing and fusion of data from different sensors and transducers. It is also a necessary function providing failure detection, verification, and diagnosis tasks. Pattern recognition and machine learning form a major area of research and development that encompasses the processing of pictorial and other non-numerical information obtained from interaction between science, technology and society. A motivation for this spurt of activity in this field is the need for the people to communicate with computing machines in their natural mode of communication. Another important motivation is that scientists are also concerned with the idea of designing and making intelligent machines that can carry out certain tasks that humans are adept at, with possibly greater speed and accuracy. This is expected to be the thrust and focus of future generation computing systems.

Shop now
About the Editors Sankar K. Pal (www.isical.ac.in/ ̃sankar) is a Distinguished Scientist and former Director of the Indian Statistical Institute. He is also a J. C. Bose Fellow and Raja Ramanna Fellow of the Govern- ment of India. He founded the Machine Intelligence Unit and the Center for Soft Computing Research: A National Facility in the Institute at its Kolkata campus. He had received a Ph.D. in Radio Physics and Electronics from the University of Calcutta in 1979, and another Ph.D. in Electrical Engineering along with DIC from the Imperial College, University of London, in 1982. Prof. Pal worked at the University of California, Berkeley and the University of Maryland, College Park during 1986–87; the NASA Johnson Space Center, Houston, Texas during 1990–92 and 1994; and in the US Naval Research Laboratory, Washington DC in 2004. Since 1997, he has been a Distinguished Visitor of the IEEE Computer Society, for the Asia-Pacific Region, and has held visiting positions in several universities in Italy, Poland, Hong Kong and Australia. He is a co-author of seventeen books and more than four hundred research publications in the areas of Pattern Recognition and Machine Learning, Image Processing, Data Mining, Web Intelligence, Soft Com- puting, Neural Nets, Genetic Algorithms, Fuzzy Sets, Rough Sets Social Network Analysis and Bioinformatics. He has visited about forty countries as a Keynote/ Invited speaker. He is a Fellow of the IEEE, the Academy of Sciences for the Developing World (TWAS), International Association for Pattern Recognition, Inter- national Association of Fuzzy Systems, and all the four National Academies for Science & Engineering in India. He serves/ has served on the editorial boards of twenty-two international journals including several IEEE Trans- actions. 855 856 About the editors He has received the S. S. Bhatnagar Prize (the most coveted award for a scientist in India) in 1990, the Padma Shri (one of the highest civilian awards) in 2013 from the President of India and many prestigious awards in India and abroad including the G. D. Birla Award (1999), the Jawaharlal Nehru Fellowship (1993), the Khwarizmi International Award (2000) from the President of Iran, NASA Tech Brief Award (USA, 1993), the Outstanding Paper Award (1994) from the IEEE Transactions on Neural Networks, and Indian Science Congress-P. C. Mahalanobis Birth Centenary Gold Medal (2005–06) from the Prime Minister of India for Lifetime Achievement. Amita Pal (nee Pathak) obtained a B.Sc. (Honours) degree in Statistics from the Presidency College, Calcutta in 1979, an M.Sc. degree in Statistics from the University of Calcutta in 1981, and a Ph.D. degree in Statistics from the Indian Statistical Institute, Calcutta in 1991. She visited the Imperial College of Science, Technology and Medicine, London, in 1994 on a UNDP fellowship. Upon her return, she joined the Institute as a Lecturer in 1994, and is cur- rently working as an associate professor in the Interdisciplinary Statistical Research Unit of the same institute. Her research interests are mainly in the areas of pattern recognition and image processing.