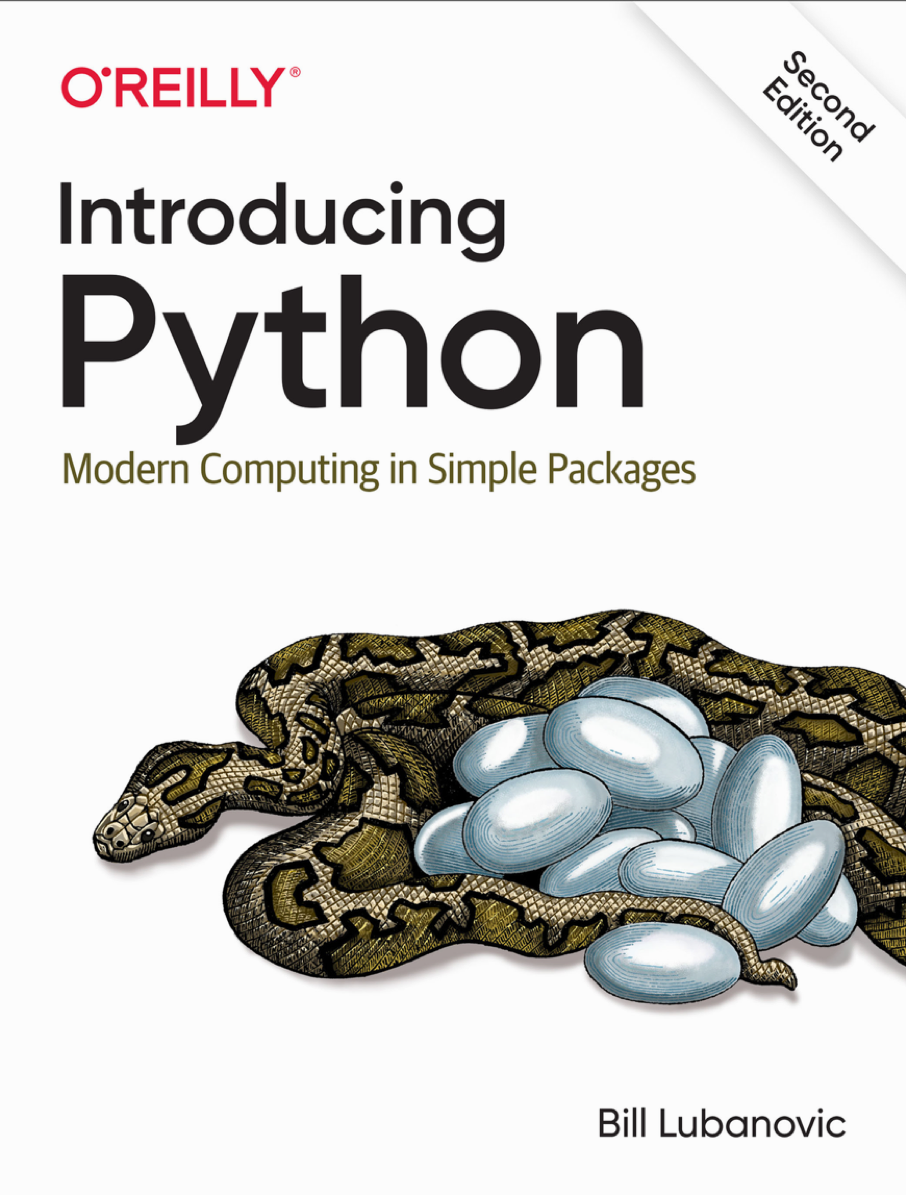 As the title promises, this book will introduce you to one of the world‚Äôs most popular programming languages: Python. It‚Äôs aimed at beginning programmers as well as more experienced programmers who want to add Python to the languages they already know.

Shop now
In most cases, it’s easier to learn a computer language than a human language. There’s less ambiguity and fewer exceptions to keep in your head. Python is one of the most consistent and clear computer languages. It balances ease of learning, ease of use, and expressive power. Computer languages are made of data (like nouns in spoken languages) and instructions or code (like verbs). You need both. In alternating chapters, you’ll be introduced to Python’s basic code and data structures, learn how to combine them, and build up to more advanced ones. The programs that you read and write will get longer and more complex. Using a woodworking analogy, we’ll start with a hammer, nails, and scraps of wood. Over the first half of this book, we’ll introduce more specialized components, up to the equivalents of lathes and other power tools. You’ll not only learn the language, but also what to do with it. We’ll begin with the Python language and its “batteries included” standard library, but I’ll also show you how to find, download, install, and use some good third-party packages. My emphasis is on whatever I’ve actually found useful in more than 10 years of production