Python provides methods in its definition to perform operations in place, i.e.  perform assignment and evaluation in one expression using the operator module. For example,

1. iadd () : — this function is used to assign and add the current value . This operation performs the operation " a + = b ". The not assignment is true for immutable containers such as strings, numbers, and tuples.

2. iconcat () : — This function is used to concatenate one line at the end of a second.

3. isub () : — This function is used to assign and subtract the current value . This operation performs the " a- = b " operation. The not assignment is true for immutable containers such as strings, numbers, and tuples.

4. imul () : — This function is used to assign and multiply the current value . This operation performs the operation " a * = b ". The not assignment is true for immutable containers such as strings, numbers, and tuples.

5. itruediv () : — This function is used to assign and divide the current value . This operation performs the " a / = b " operation. The not assignment is true for immutable containers such as strings, numbers, and tuples.

6. imod () : — This function is used to assign and return the remainder . This operation performs the operation " a% = b ". The not assignment is true for immutable containers such as strings, numbers, and tuples.

I tested most suggested solutions with perfplot (a pet project of mine, essentially a wrapper around timeit), and found

to be the fastest solution, both when many small lists and few long lists are concatenated. (operator.iadd is equally fast.) 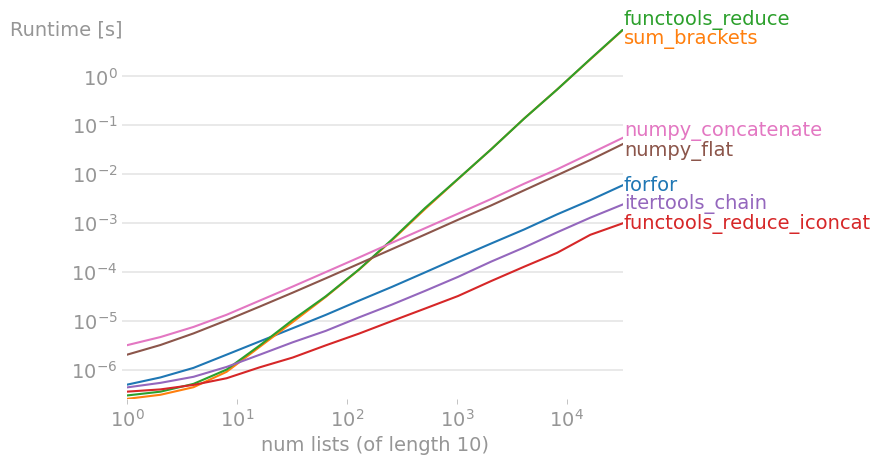 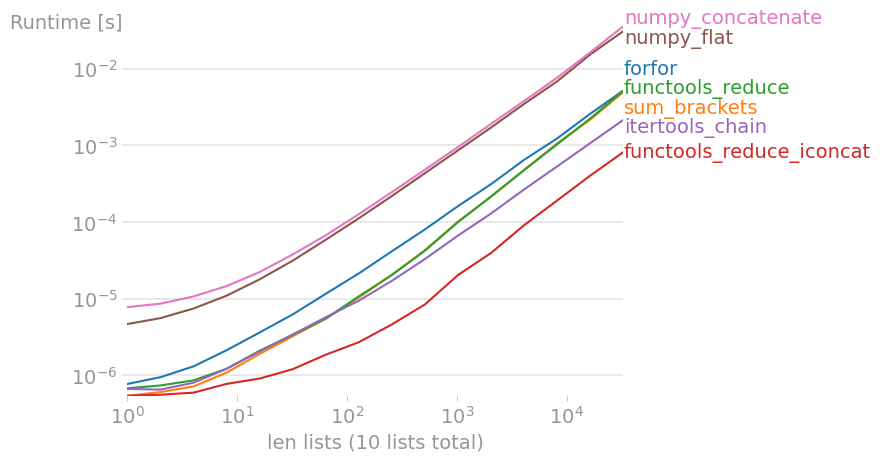 Code to reproduce the plot:

How do I concatenate two lists in Python?

As of 3.9, these are the most popular stdlib methods for concatenating two (or more) lists in python. 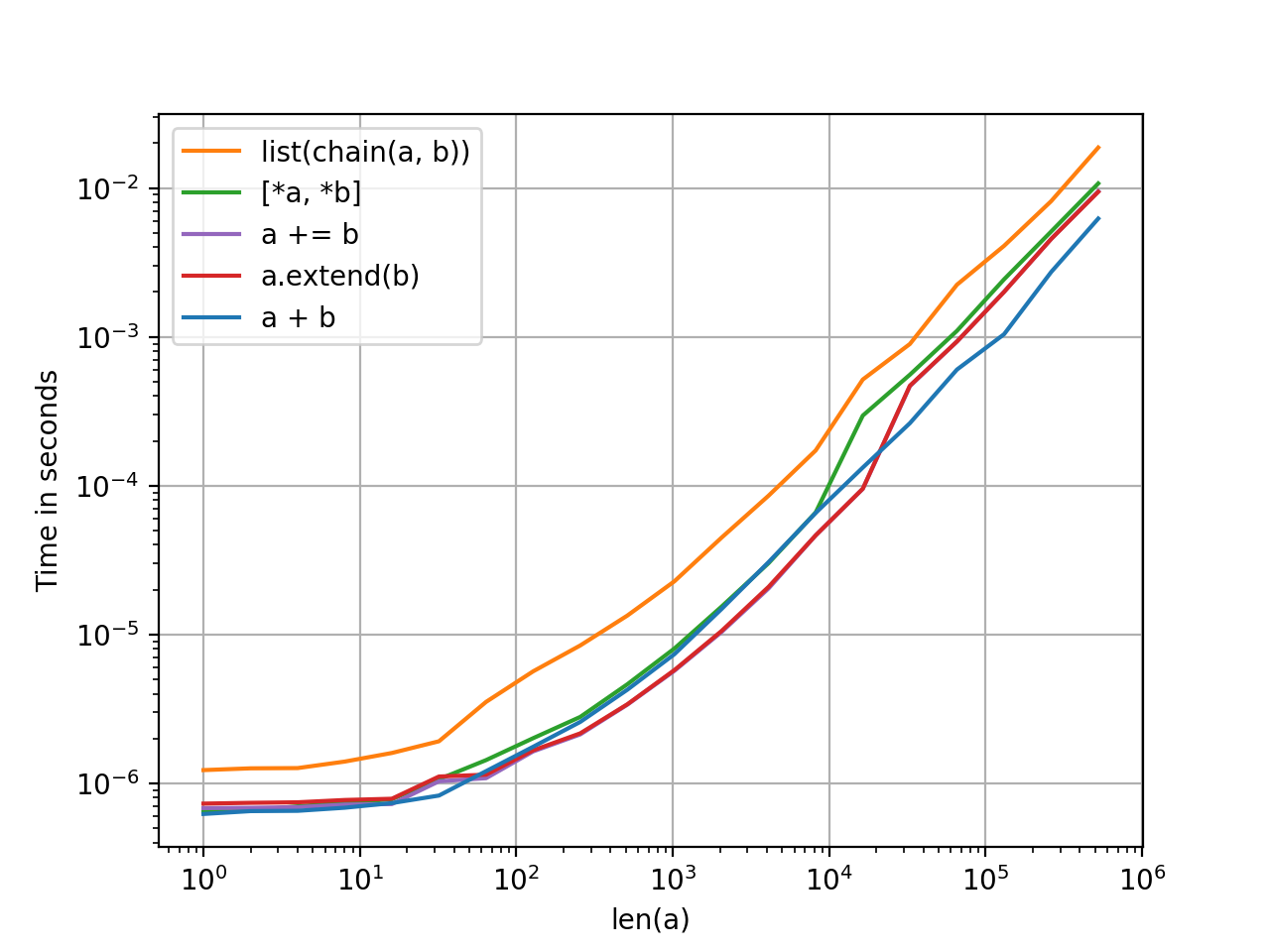 There"s not much difference between these methods but that makes sense given they all have the same order of complexity (linear). There"s no particular reason to prefer one over the other except as a matter of style. 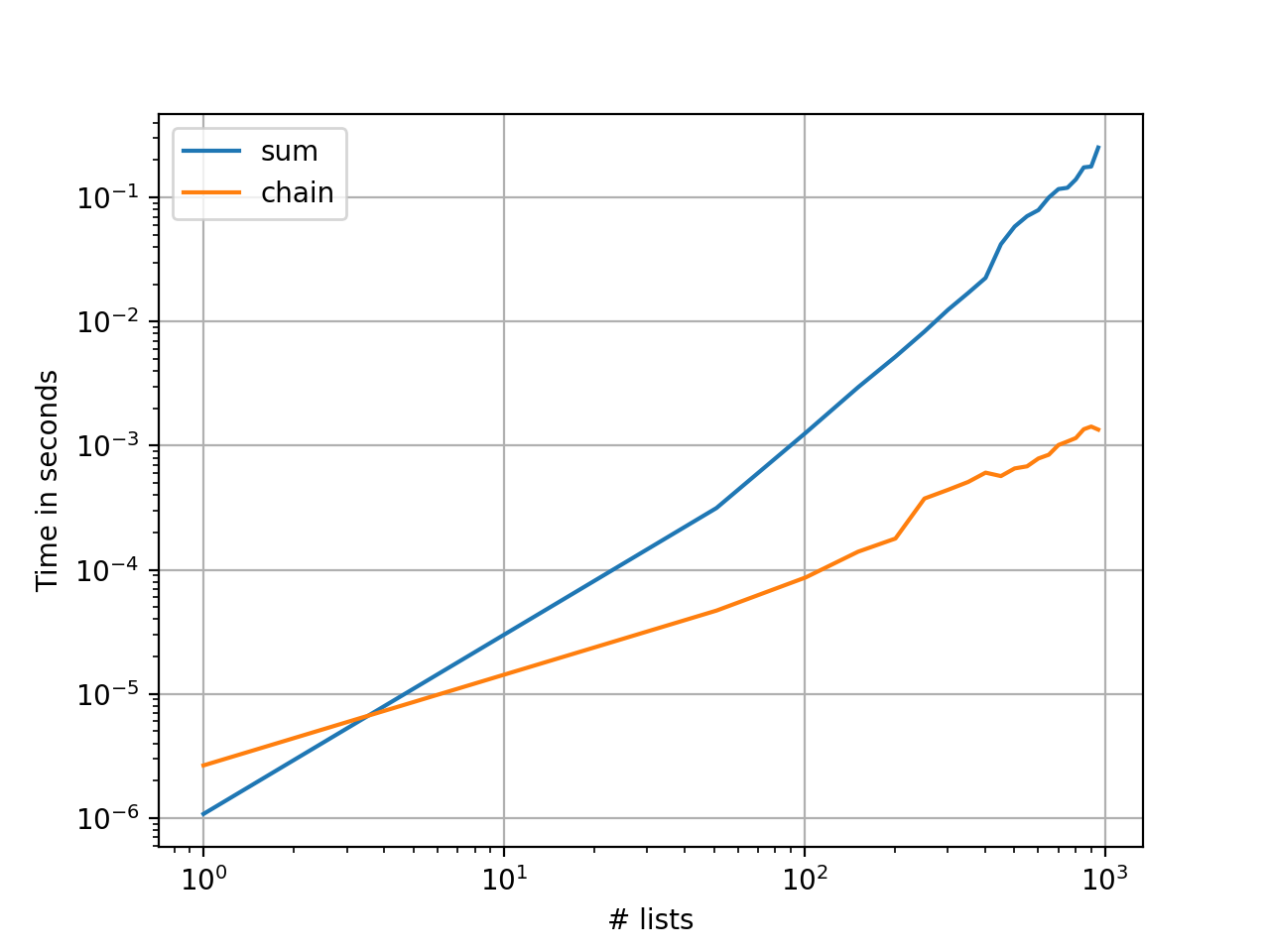 Plots have been generated using the perfplot module. Code, for your reference.

1. The iadd (+=) and extend methods operate in-place, so a copy has to be generated each time before testing. To keep things fair, all methods have a pre-copy step for the left-hand list which can be ignored.

Comments on Other Solutions

The difference is that one modifies the data-structure itself (in-place operation) b += 1 while the other just reassigns the variable a = a + 1.

x += y is not always doing an in-place operation, there are (at least) three exceptions:

As it happens your bs are numpy.ndarrays which implements __iadd__ and return itself so your second loop modifies the original array in-place.

You can read more on this in the Python documentation of "Emulating Numeric Types".

This depends entirely on the object i.

seems to increment i. In reality, you get a new integer and assign it "on top of" i -- losing one reference to the old integer. In this case, i += 1 is exactly the same as i = i + 1. But, with most mutable objects, it"s a different story:

As a concrete example:

notice how in the first example, since b and a reference the same object, when I use += on b, it actually changes b (and a sees that change too -- After all, it"s referencing the same list). In the second case however, when I do b = b + [1, 2, 3], this takes the list that b is referencing and concatenates it with a new list [1, 2, 3]. It then stores the concatenated list in the current namespace as b -- With no regard for what b was the line before.

The @ (at) operator is intended to be used for matrix multiplication. No builtin Python types implement this operator.

The operator and the rationale behind it are discussed in detail in PEP 465.

In Python, += is sugar coating for the __iadd__ special method, or __add__ or __radd__ if __iadd__ isn"t present. The __iadd__ method of a class can do anything it wants. The list object implements it and uses it to iterate over an iterable object appending each element to itself in the same way that the list"s extend method does.

Here"s a simple custom class that implements the __iadd__ special method. You initialize the object with an int, then can use the += operator to add a number. I"ve added a print statement in __iadd__ to show that it gets called. Also, __iadd__ is expected to return an object, so I returned the addition of itself plus the other number which makes sense in this case.

The general answer is that += tries to call the __iadd__ special method, and if that isn"t available it tries to use __add__ instead. So the issue is with the difference between these special methods.

So when the += operator is used on an object which has an __iadd__ defined the object is modified in place. Otherwise it will instead try to use the plain __add__ and return a new object.

For types that support both __iadd__ and __add__ you therefore have to be careful which one you use. a += b will call __iadd__ and mutate a, whereas a = a + b will create a new object and assign it to a. They are not the same operation!