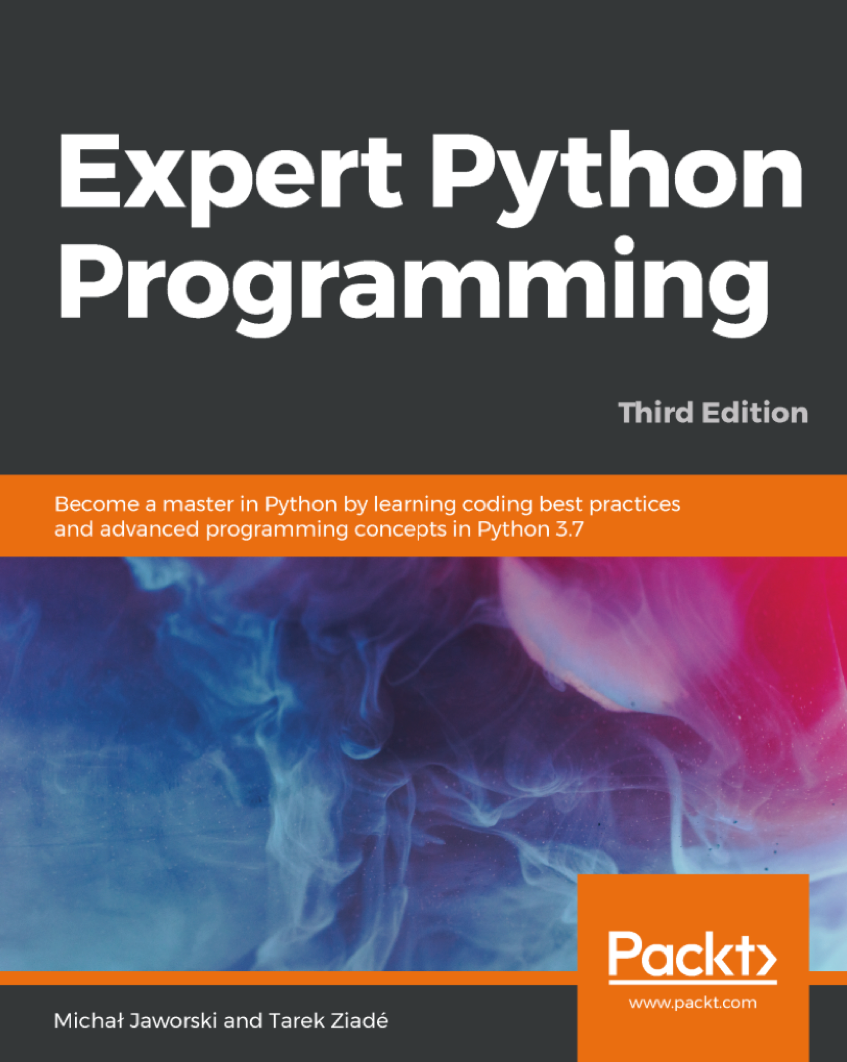 Become a master in Python by learning coding best practices and advanced programming concepts in Python 3.7. This book is written for Python developers who wish to go further in mastering Python. And by developers, I mean mostly professionals, so programmers who write Python software for their living. This is because it focuses mostly on tools and practices that are crucial for creating performant, reliable, and maintainable software in Python.

Shop now
Michał Jaworski has 10 years' of professional experience in Python. He has been in various roles at different companies, from an ordinary full-stack developer, through software architect, to VP of engineering in a fast-paced start-up company. He is currently a senior backend engineer at Showpad. He is highly experienced in designing high-performance distributed services. He is also an active contributor to many open source Python projects. Tarek Ziadé is a Python developer located in the countryside near Dijon, France. He works at Mozilla in the services team. He founded a French Python user group called Afpy, and has written several books about Python in French and English. When he is not hacking on his computer or hanging out with his family, he's spending time between his two passions, running and playing the trumpet.