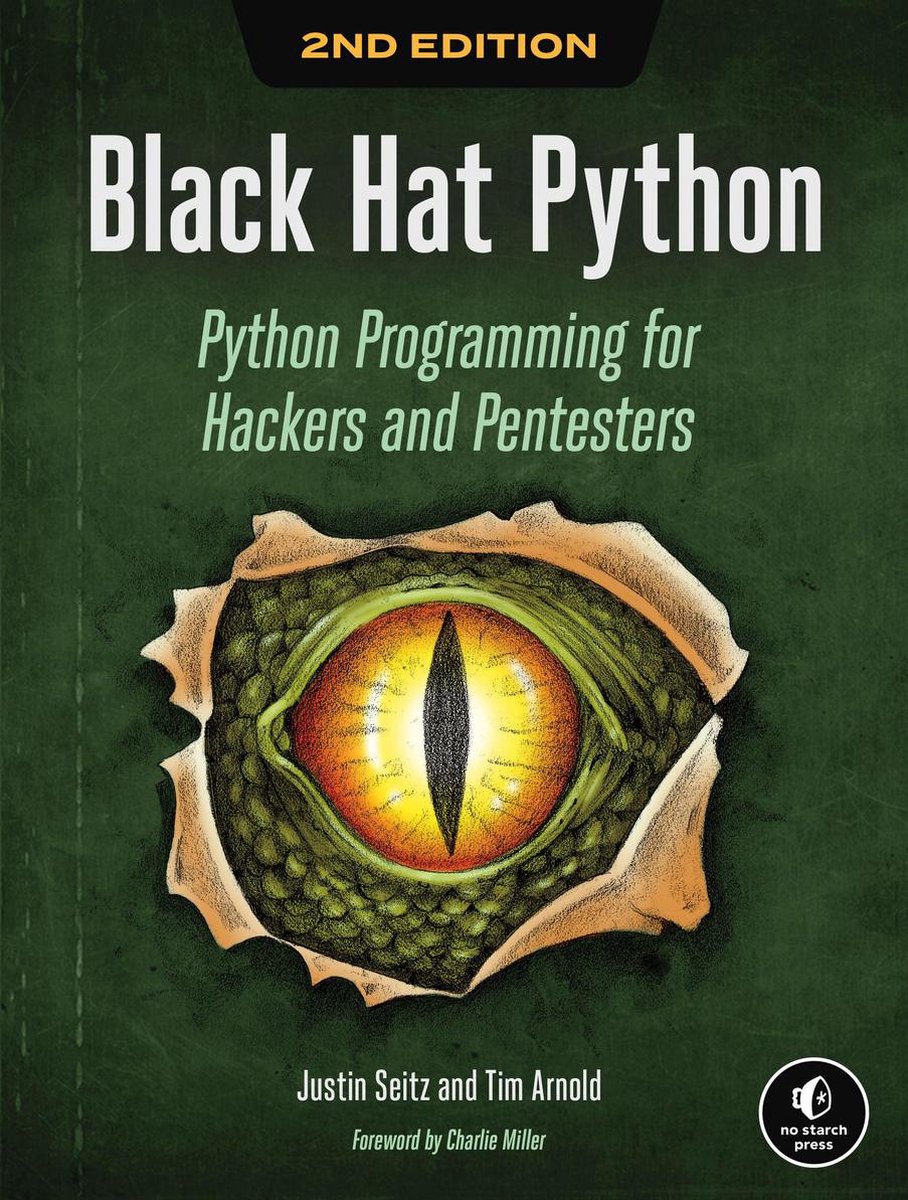 Black Hat Python, 2nd Edition: Python Programming for Hackers and Pentesters PDF, 2nd Edition. Fully updated for Python 3, the second edition of this worldwide bestseller (over 100,000 copies sold) explores the hidden side of programming and offers you all the new strategies for your hacking projects.

When it comes to developing powerful and effective hacking tools, Python is the language of choice for most security analysts. In this second edition of the bestselling Black Hat Python, explore the dark side of Python's capabilities: everything from writing network sniffers, to stealing email credentials and brute-forcing directories, to creating mutation fuzzers, examining virtual machines and creating clandestine Trojans.

All the code in this issue has been updated to Python 3.x. Additionally, with the Volatility Framework you will find new information on bit shifting, code hygiene, and the forensic offensive, as well as extensive explanations of the Python libraries ctypes, struct, lxml, and BeautifulSoup, as well as offensive hacking strategies such as byte splitting and the use of computer vision and scraping libraries - Websites.

You will also learn to:

When it comes to offensive security, you need to be able to craft powerful tools in the blink of an eye. Find out how to do this with Black Hat Python.

Justin Seitz is an independent security consultant who has trained and advised Fortune 500 companies, law enforcement and governments around the world. He is the creator of Hunchly and the author of Gray Hat Python, the first book dealing with Python for security analysis. Justin teaches OSINT techniques on his blog and is active on Twitter as @jms_dot_py.